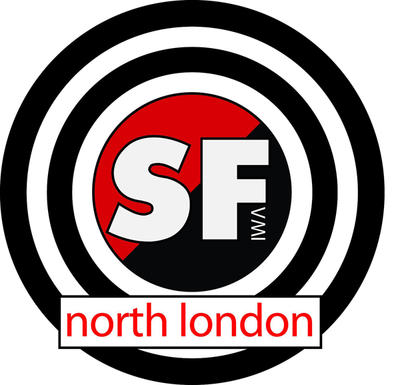 With media sources blaming “anarchy” for the unfolding violence in London and across England, the North London Solidarity Federation felt a response from an anarchist organisation active in the capital would be appropriate.

Over the last few days, riots have caused significant damage to parts of London, to shop-fronts, homes and cars. On the left, we hear the ever-present cry that poverty has caused this. On the right, that gangsters and anti-social elements are taking advantage of tragedy. Both are true. The looting and riots seen over the past number of days are a complex phenomenon and contain many currents.

It is no accident that the riots are happening now, as the support nets for Britain's disenfranchised are dragged away and people are left to fall into the abyss, beaten as they fall by the batons of the Metropolitan Police. But there should be no excuses for the burning of homes, the terrorising of working people. Whoever did such things has no cause for support.

The fury of the estates is what it is, ugly and uncontrolled. But not unpredictable. Britain has hidden away its social problems for decades, corralled them with a brutal picket of armed men. Growing up in the estates often means never leaving them, unless it's in the back of a police van. In the 1980s, these same problems led to Toxteth. In the '90s, contributed to the Poll Tax riots. And now we have them again - because the problems are not only still there, they're getting worse.

Police harassment and brutality are part of everyday life in estates all around the UK. Barely-liveable benefits systems have decayed and been withdrawn. In Hackney, the street-level support workers who came from the estates and knew the kids, could work with them in their troubles have been told they will no longer be paid. Rent is rising and state-sponsored jobs which used to bring money into the area are being cut back in the name of a shift to unpaid "big society" roles. People who always had very little now have nothing. Nothing to lose.

And the media's own role in all of this should not be discounted. For all the talk of the “peaceful protest” that preceded events in Tottenham, the media wouldn't have touched the story if all that happened was a vigil outside a police station. Police violence and protests against it happen all the time. It's only when the other side responds with violence (on legitimate targets or not) that the media feels the need to give it any sort of coverage.

So there should be no shock that people living lives of poverty and violence have at last gone to war. It should be no shock that people are looting plasma screen TVs that will pay for a couple of months' rent and leaving books they can't sell on the shelves. For many, this is the only form of economic redistribution they will see in the coming years as they continue a fruitless search for jobs.

Much has been made of the fact that the rioters were attacking “their own communities.” But riots don't occur within a social vacuum. Riots in the eighties tended to be directed in a more targeted way; avoiding innocents and focusing on targets more representative of class and race oppression: police, police stations, and shops. What's happened since the eighties? Consecutive governments have gone to great lengths to destroy any sort of notion of working class solidarity and identity. Is it any surprise, then, that these rioters turn on other members of our class?
The Solidarity Federation is based in resistance through workplace struggle. We are not involved in the looting and unlike the knee-jerk right or even the sympathetic-but-condemnatory commentators from the left, we will not condemn or condone those we don't know for taking back some of the wealth they have been denied all their lives.

But as revolutionaries, we cannot condone attacks on working people, on the innocent. Burning out shops with homes above them, people's transport to work, muggings and the like are an attack on our own and should be resisted as strongly as any other measure from government "austerity" politics, to price-gouging landlords, to bosses intent on stealing our labour. Tonight and for as long as it takes, people should band together to defend themselves when such violence threatens homes and communities.

We believe that the legitimate anger of the rioters can be far more powerful if it is directed in a collective, democratic way and seeks not to victimise other workers, but to create a world free of the exploitation and inequality inherent to capitalism.
North London Solidarity Federation
Posted by Akai at 21:16