Action against the Euro 2012 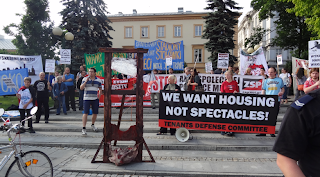 On June 8, the Euro Cup opened in Warsaw. The city was full of police, military police and football fans. ZSP and the Tenants Defense Committee organized a protest against the politics of the Euro. The protest was at the main roundabout on the way to the stadium, so thousands of people passed by.  People spoke about the money spent on the Euro and the fact that UEFA (which was exempted from tax in Poland) and a few businesses would be big beneficiaries, but that the public has spent already almost 26 billion euros on the spectacle and working people are footing the bill. At the same time that Poland is spending a lot of money on games, children will go hungry as the city privatizes school cafeterias, makes cut in social services and raises the price on everything. 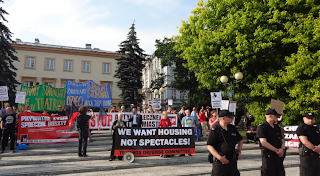 Our comrade from ZSP also pointed out that the general contractor which built the National Stadium in Warsaw declared bankruptcy earlier in the week because of problems receiving payments. This means that a whole line of subcontractors and workers have also not been paid. They threatened to block the opening of the Euro, but didn't. The workers at the stadium for the Euro, who are being cheated and receive less money than promised, threatened to strike - but didn't. This sort of situation, where many workers are not organized and are beaten with defeatism in a country with concillatory unions, is creating more and more social problems. The protestors called on people to organize themselves against these types of abuse. 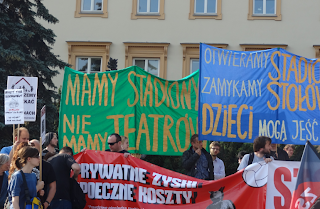 A guillotine was brought and the demonstrators declared that if the politicians continue as they are going, they might have to use it. Instead of more social cuts, the only thing we want cut are the heads of the government.

After the protest a few comrades went to the police station to protest the arrest of activists from Femen who made an action at the Stadium.

Below is a leaflet which was handed out during the protest and a few more photos: 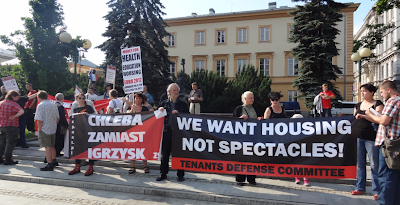 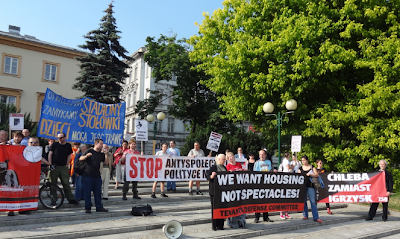 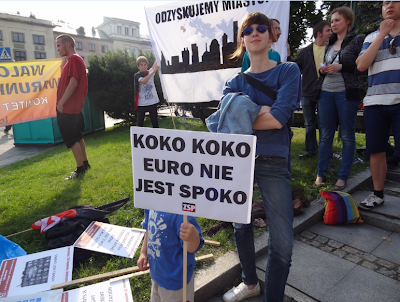 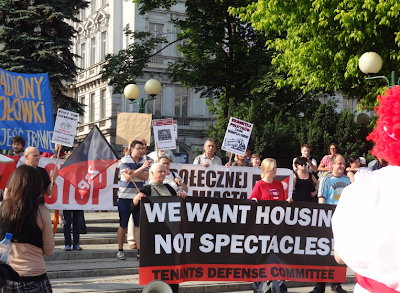 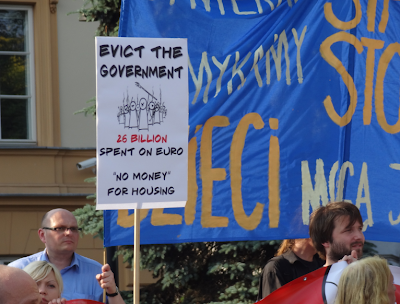 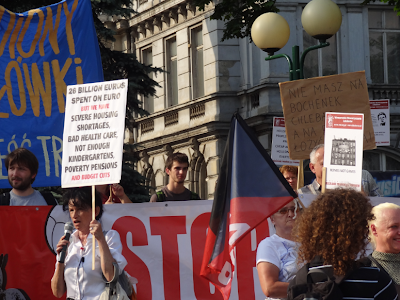 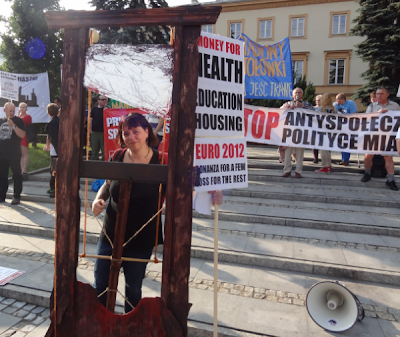 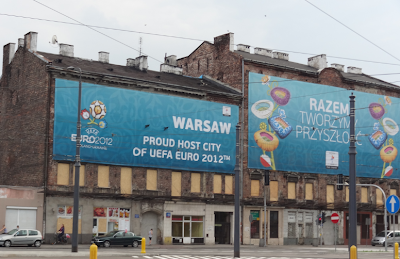 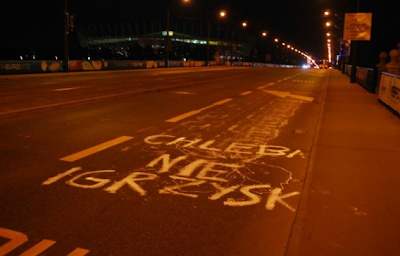 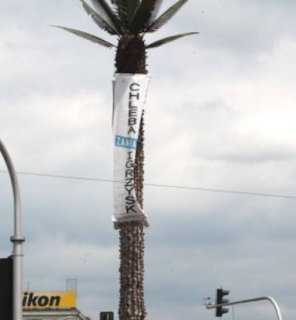 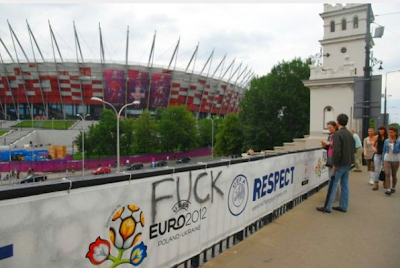 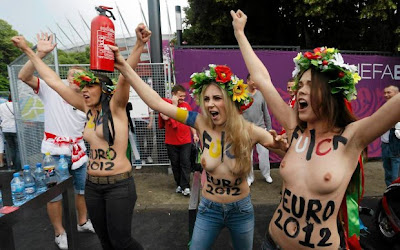 The government has spent around 26 billion euro around the EURO. Several billion were spent in Warsaw alone. At the same time that the government is so generous with our tax dollars, we have been subjected to numerous cuts and austerity measures, since we are told that Poland is a poor country and we all have to tighten our belts.

 The city has closed down public schools. There are not enough kindergartens, thousands of children cannot find a place, having disastrous consequences for many families.
 The city fails to provide adequate public housing and the President of the city is doing everything to ensure that thousands will be made homeless with presidential decrees that allow the city to evict poor families with financial problems.
 Public health care is in miserable condition.
 The city has raised prices for many public services, to a level many cannot afford.
 The city has also made drastic budget cuts in many areas, ranging from culture to social services.

This is the politics of the state protecting the interests of the rich and elites, at the expense of working people.

Poland is trying to sell itself as an economic success and it is central to the plan of pushing austerity measures around Europe. But this city is one big Potemkin village, decorated for the games and trying to hide its misery. And this misery is growing all the time.

In order for this pyramid of capitalism to collapse, we need to weaken the fundament which holds it up: our social accord.