Demonstration: Public Housing in the Hands of the People! 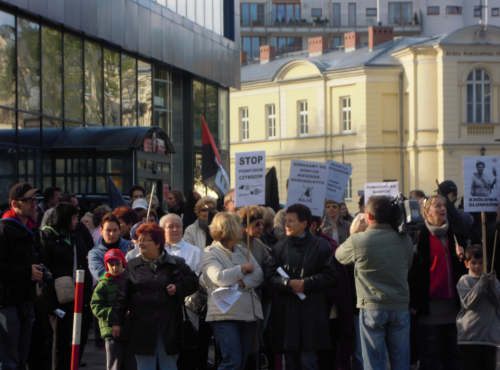 ZSP held the first of a series of demonstrations since the calling for a rent strike in Warsaw. It was a local demonstration around the Praga neighbourhood. The demo stopped in front of different buildings which experienced problems and where tenants organized and are fighting back. Among the problems are reprivatization, dangerous physical state of the building and problems with landlords. Some people from those buildings spoke out to the demonstration and people on the street. We also stopped in front of abandoned buildings, condemned buildings and buildings for sale.


Although the mood of tenants in general is very angry, the demo took place after a media campaign intended to marginalize the strike and threats made by politicians. We understand that it is one thing to support radical postulates in private and another thing to do so in front of your neighbours and the TV cameras. A couple of hundred people declared support of the strike, but fewer turned up today.
This is the first time we are going out on the issue only as ZSP (not as the Tenants Defense Committe or the Committee and ZSP). And we took a quite radical stance, a little too much so for the realities of our local situation. But we were encouraged that there was support and we see this is just the beginning. The next protest will be held on Monday and tomorrow we will meet more more local people.
Members of Left Alternative, the Tenants Defense Committe and the Warsaw Tenants Association also took part in the protest and we thank them for their cooperation and support!
Below are some photos from the demo. 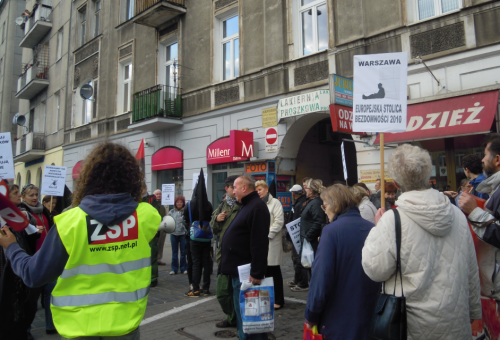 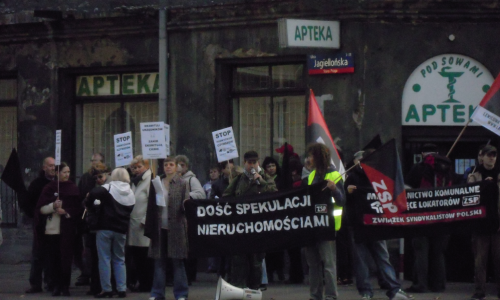